Another year at Magee Marsh

It was another great year at Magee Marsh!  For those of you not familiar with Magee Marsh, it is a small area on the southern shore of Lake Erie in Ohio that is a major stopping point in their spring migration.  It is considered a major birding site and is visited every year by people from around the world.  I enjoy Magee for the birds, but also the great people I've come to know over the years.  This year gave us a great diversity in species, but not numbers.  I typically go for the first two weekends of May as this is typically the height of the migration

The weather was horrible!   I have never had to shoot Magee Marsh in a winter coat.  This year was the exception!  It was cold and cloudy all but one day.  Not only did this result in high-ISO photography, but it completely changed the way I typically shoot Magee.


Friday, May 3 --   I arrived late this year, so I missed the morning shoot.  Mornings are typically my best time but in the end it wasn't a great loss as there was thick fog blanketing the whole area that morning.  When I arrived, I found that there was high winds coming in off of Lake Erie from the north and areas along the parking lot at the west entrance where I typically shoot until around 1 pm had no birds.  This meant an instant foray into the boardwalks.  I shoot with a Canon 1DX and a 500 F4 (v1).  While I can handhold this combo, it is very hard and in low light I was going to need a tripod.  If you have every shot along a crowded boardwalk, you know that using a tripod can be a challenge.  I was excited to find out that there were Blue-Wing warblers present that day.  This was a species I had yet to photograph and was on my list for this year.  I had a few shots at them throughout the day but found a way to mess them up almost every time.  If this was easy, it wouldn't be fun :).

There were many birds, and I was getting decent shots, but finally around 7pm the light was leaving and I decided to call it a day and get them on Saturday.  After all, with a strong north wind they weren't going anywhere.  As I was walking out, some kind birder grabbed me and told me there was a blue-wing at the entrance.  I almost passed since it was dark, but in the end decided to go for it.  I'm glad I did.  I didn't see another blue-wing the rest of the season.


Saturday, May 4  --  Saturday morning was similar to Friday... cold and cloudy.  Again, no birds at the entrance so off again to the boardwalk.  I dug out my old monopod with a stationary head.  It was definitely easier than the tripod, but hard to manage and flimsy too.  There were birds, but many of the species had left the area overnight.  I did, however, manage to get some shots of black-throated-blue warblers and ovenbirds...  The exiting catch of the day came as the sun finally peeked out around 6pm.  I took a walk over to the Estuary trail and got a fantastic shot of a Great-Horned Owlet.  It was one of the highlights of the season 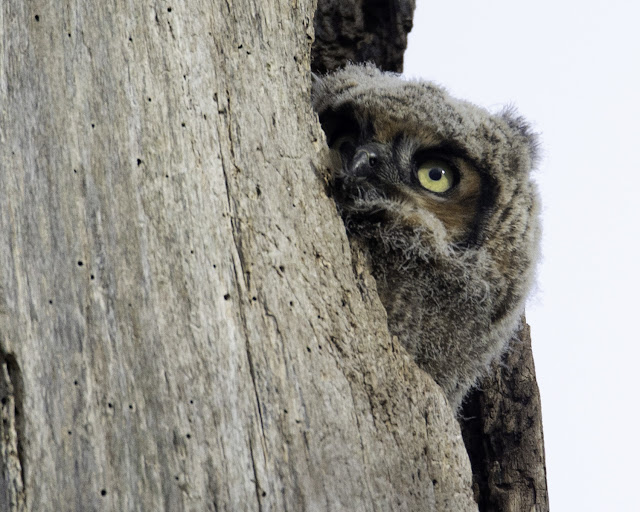 Sunday, May 5 --  A terribly slow day.  Spent more time talking with friends than shooting birds.  Decided to leave at lunch time... One more weekend to go.

Friday, May 10 -- Finally a good day.  I arrived in the late morning and found photographers working the edge of the parking lot.  Got great shots of Chestnut-Sided warblers, and some Orioles (courtesy of someone who brought oranges).  Off to a great start!  There were many species around.  I saw Tenesee warblers, Nashville, Blackburnian, and several others.  Got quite a few good shots.  The highlight of the day was another life-bird and a shot I had wanted for years:  The yellow-billed Cukoo 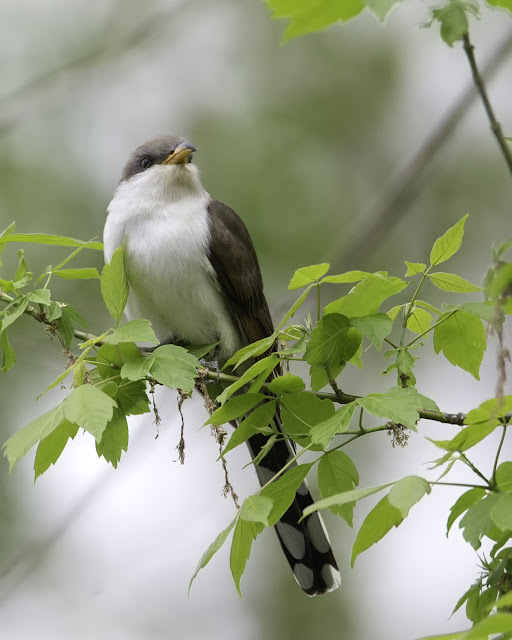 Saturday, May 11 -- A beautiful day, and the only day that I was able to shoot Magee as always.  I started the day in the parking lot again.  Got fantastic shots of many species:  chestnut sided, Nashville, Bay-Breasted, Yellow, Orioles, Black-Throated-Green..  All from the parking lot edge in the first few hours


I worked through the boardwalk through most of the day.  I had purchased a stronger monopod with a tilt-head during the previous week, making this an easier task.  At one point, I even went back to the car and changed out for the 100-400 because the boardwalk was so crowded.  It was nice to have the smaller lens since it allowed me to shoot much closer and get shots I typically missed with the 13' minimum focal distance on the 500.  Then again, I missed shots that I could've had... it's a trade-off.  The optimal formula would be to carry both, but I've found that hard to manage.  As usual, I finished the day at the observation tower and got some great shots as well.  I usually finish on the tower since it is the last part of the boardwalk to have decent light.  The day finished with a fabulous sunset 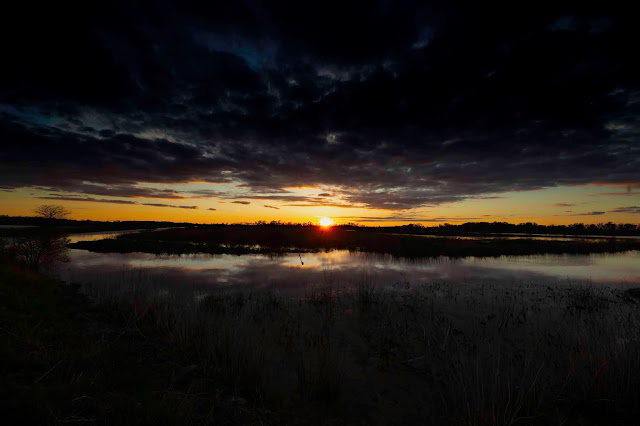 Sunday, May 12 --  Sunday brought some of the coldest temperatures and highest winds of the season for me.  Strong winds from Lake Erie actually blew the lake inland and flooded portions of Rte 2.  It was a decent day for birds, but no new species from the day before.  I spent most of the time trying to find a Canada Warbler and a Wilson's Warbler, but to no avail.  There's always next year.
Check out my warbler photos on my website: https://www.bkingphoto.com/Birds/Warblers/
Location: Magee Marsh, Carroll Township, OH 43449, USA